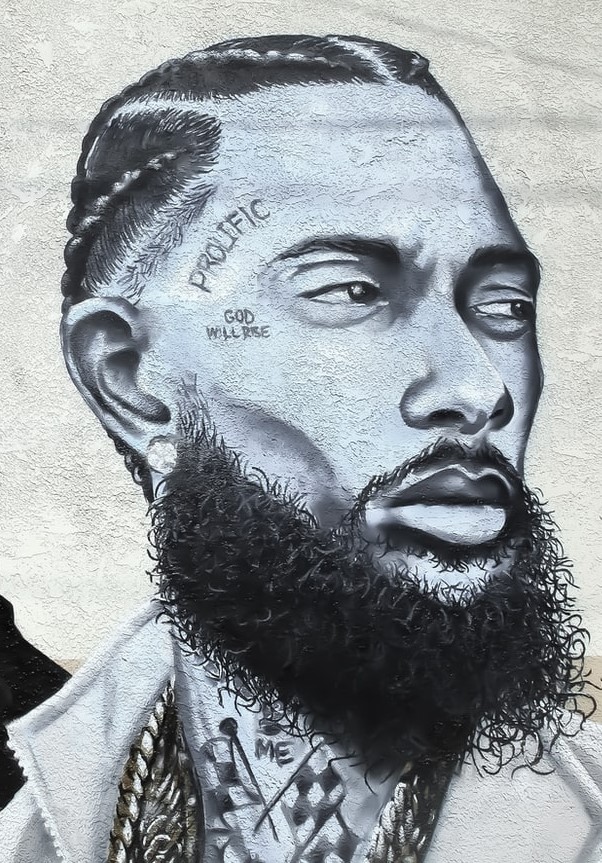 "That's why I called my thing The Marathon
Because I, I'm not gon' lie and portray, um, this ultimate poise
Like I been had it figured out
Nah, I just didn't quit
That's the only distinguishing quality
From me and probably whoever else is goin' through this
Or went through this, or is gonna go through this
Is that I ain't quit
I went through every emotion
I went through every emotion with tryna pursue what I'm doing
You know what I mean?
And I think that what, what's gon' separate whoever's gon' try to go for something is that you ain't gon' quit
That's, you know, you really gon' take the stance of I'm gon' die behind what I'm gettin' at right now"

When Nipsey passed away in 2019 it took me a long time for me to process it. I didn't realize it until his death but he meant a lot to me. He still means a lot to me...I shed a few tears while contemplating his life this morning.

At the end of 2018, I came to terms with his lyrics and I realized he was trying to convey a very important life concept: The importance of a legacy.

Nipsey's legacy was called "the marathon", a metaphor he used to represent personal freedom and self-improvement through persistence and grit. What made Nipsey truly exceptional to me is this concept is not just not for an album or music project. It transcended his music and embodied Nipsey's life. While I rarely related to the topics he wrote about I felt like I understood what he was trying to communicate.

"When you think of Hussle think of one word,

Marathon and I'm going to run it till my lungs hurt" - "Run A Lap", Nipsey Hussle

Nipsey's sudden death let me know that Death can occur at any moment...it can happen even while I am writing this paragraph. There is no law in the universe that tells Death to wait until we have achieved something before knocking at our door. This concept sounds depressing but I can't think of a better motivation to pursue my legacy. It lets me know I can't waste anymore time because I don't know how much I have left.

Nipsey's death made me realize I must be ready to meet death at the very next moment.

While I have had the convenience of approaching death as a philosophical topic for mediation, Nipsey had to face death is a more dire and immediate way over the course of his childhood in the streets and Crenshaw and Slauson in Los Angeles. Nipsey's frequent references to death in his songs made it clear that death was never to far from his thoughts.

By keeping death close at mind and actualizing his marathon concept I believe Nipsey found the deathless (a Buddhist terms that represents a state that is beyond life and death). This probably won't be surprising based on what I have written so far but the marathon concept has fueled my desire to find my own legacy and to complete it.

So in honor of Nipsey I am writing down my legacy down as the foundation of my blog. His words helped me discover what I want from my life.

Just to be clear I am writing this down for me and I am not interested in trying to convince you to do the same or hear about why this is not "right"? Even if I was interested in convincing you, words are an inadequate medium to explain the source of this desire.

If you are interested in understanding me, you will need to put in the work that I put in. I came to this after hundreds of hours of vipassana mediation over the course of seven long years.

I feel really good about finding what I want to do with the rest of my life but I am not done my work....as Nipsey would say: the marathon continues.....

My legacy: I want to deliberately practice the Noble Eightfold Path described by Gautama the Buddha and put an end to my suffering.