my thoughts during meditation 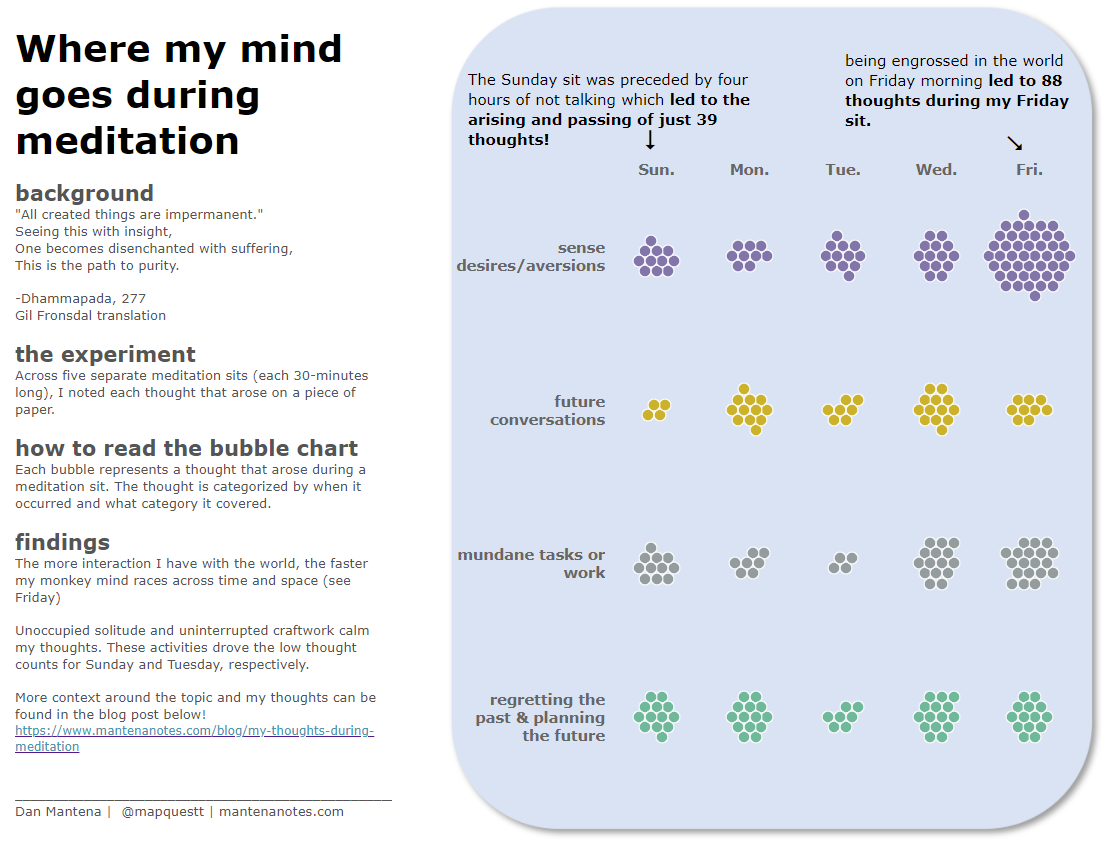 A central principle of Buddhist philosophy is the concept of impermanence (Anicca in Pali). According to the Buddha, Impermanence represents one of the three traits found across all physical phenomena—along with no-self (anatta) and suffering(dukkha).

Heraclitus, a Greek philosopher, condensed the theory of impermanence succinctly when he said, “change is the only constant in life.”

Scientists are actively discussing when the end of the universe could occur (heat death),which is compelling evidence to support Buddha’s theory of inconstancy from the material world perspective.

However, the phenomenon of impermanence in Buddha’s teachings is not limited to the material world; the phenomena holds even in the subjective and inner world of individual human minds.

In most meditation courses, there are specific instructions on how to handle thoughts when they arise during a meditation session (from simply noting them to annihilating them with force). I can’t speak for all the different variations of meditation, but I can talk about vipassana meditation (based on my experiences from a 10-day retreat).

Vipassana practice drives home the point of impermanence by inviting the meditator to focus one’s awareness on the changing nature of breathing and bodily sensations.

In order to explore the concept of impermanence further, I decided to set up an experiment to track the arising and passing of every thought that arose throughout a meditation session.

My introverted tendencies create the illusion that thoughts are more real than real life itself, which created the foundation of curiosity that led me to complete the study.

The experiment involved a few 30-minute meditation sits during the lunch hour where I snuck into an empty conference room at work, sat in a chair facing the wall, closed my eyes, and tracked the thoughts that arose with a pen and notepad.

To provide more granularity. I broke down my thoughts into four general buckets.

4.   Regretting the past & planning for the future

Based on the data summarized in the Tableau visual, my favorite category of thoughts consisted of me mentally running to pleasant bodily/mental sensations, running away from the unpleasant sensations, and daydreaming about the past and future.

While the results were not shocking, I was taken aback by how sensitive my thoughts are to the stimuli I take in from the world.

The Sunday sit was preceded by four hours of not talking and led to the arising and passing of just 39 thoughts. On the other end of the spectrum, the sit on Friday was preceded by a lot of unmindful talking during the workday which led to 88 thoughts.

The Tuesday sit is probably my favorite data point. It was preceded by four hours of mindful talking and dedicated, uninterrupted time working on my craft (data analysis/data visualization). This sit led to 30 thoughts over 30 minutes!

Those findings suggest that solitude is an essential part of my daily life. I can’t be in the marketplace and interacting with people for five-six hours and not expect it to fragment my inner world.

Thoughts about my thoughts

Reviewing what I think about daily has made me wonder if there are any biological reasons why ruminating in thoughts is so attractive for the mind. Or is my compulsion of trying to finding depth in everything just a habit of mind that I have built up over the last 29 years?

Obviously, it is worth giving time, energy, and attention to critical thoughts, but how does one assess the adequate amount of cognitive attention a certain thought deserves?

I will need to think about this some more...